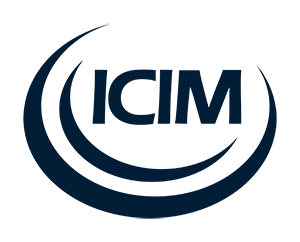 The reference standard of Europrofile cylinder foresees various parameters, including "Key Security", "Drilling      resistance", and "Cyclic Test". For each of these parameters ALL Champions®   cylinders are by far higher than the limits imposed by the standard. In addition to the "standard" parameters, Champions® are also VOLUNTARILY certified as resistant to Bumping and Picking at the highest levels of resistance, by ICIM institute. 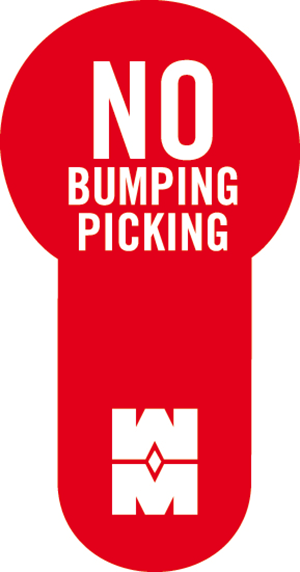 The two most common manipulation techniques used on Europrofile cylinders. Bumping is based on the use of a flexible hammer that, used skilfully, causes the forced alignment of the pins and the consequent unlocking of the cylinder. Picking is the technique of decoding the key code by using picks or specific tools. All Champions® are certified as RESISTANT to Bumping and Picking to the highest levels established by the VOLUNTARY reference standard, by ICIM institute. 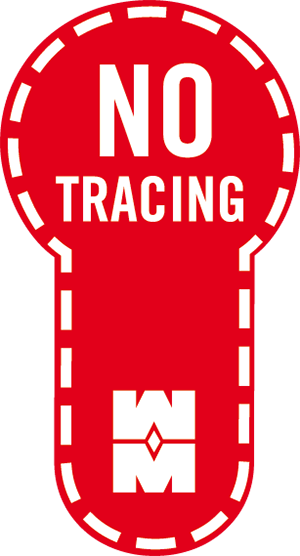 Coding is protected against manipulation based on "tracing" or "impression" techniques. The side "aligned", upper and shaped profile controls on the keys of the various Champions® are designed in such a way that, in the event of counterfeit key, the counter-pins are "trapped" preventing the rotation of the key and the plug, irreversibly blocking the extraction of the said key or picking tool.

The shaped profile controls on Champions® Pro, Modular, C28Plus and C39 keys, are a unique technological innovation, patented by Mottura.
The particular shape of the upper profile controls, which reproduces the mathematical signs, protects the code of the keys, thanks to a large combination of positions within the various signs, making the decoding of the key extremely difficult.

The extendible modules of Champions® Modular enable to fit, with great flexibility, any door thickness, up to a maximum of 130 mm size, (61-71). Cylinders of any type can be composed as: key/key and frictioned key;
key/adjustable knob; half cylinder.
The digital configurator and the "Start-up" Kit to configure a minimum of two cylinders are the available tools for the installer. 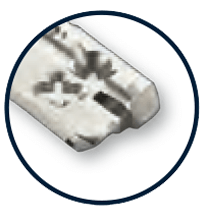 MOBILE ELEMENT ON THE KEY TO PROTECT AGAINST DUPLICATIONS

Champions® C28 Plus and C48 keys have a patented mobile element, which interacts with a special pin that permits the rotation of the key. The relative "blanks", managed and controlled at source by Mottura, are distributed exclusively to Authorized   Mottura Club Centres. The controlled distribuition of “blanks” and the key duplication allowed at Mottura Clubs only, are therefore the best safeguard against illegal duplication. 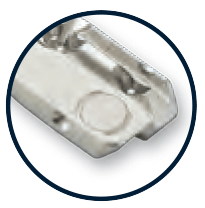 ANTI-PICK MAGNET PLATE ON THE KEY

The magnetic pin, which interfaces with the magnet plate on the key of       Champions® C39, greatly increases the security against the fraudulent decoding. In the rest position the pin is "hidden" in the cylinder body, and difficult to detect with picks. When the key is inserted, it is drawn into the correct position by the magnet plate in such a way as to enable the rotation of the plug and the subsequent unlocking and locking.

The desmodromic track of the Champions® C43 PLUS and C48 keys originates its name from the two Greek words "desmos" and "dromikós" that mean: "forcing the path". In fact, it controls the operation of the cylinder's coaxial pins along each free level of the track. Or rather: the pins are aligned during the introduction of the key, in order to find the correct position that allows the insertion and rotation of the key, within millions of possible combinations. 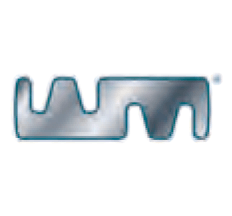 The MM profile characterizes the section of all Champions® keys with a mirror-like MM design that recalls the MOTTURA brand. Recognizable on sight, it uniquely identifies the Champions® key among all those present on the market. The actual shape of the key thereby constitutes a further protection against illegal duplication, since the production and distribution of "blanks" through Mottura authorized dealers and Mottura Club authorized Centres is traceable and controlled. 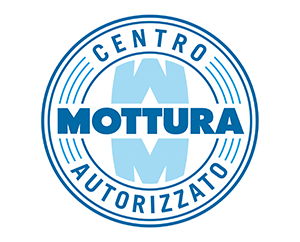 Champions® Pro and Modular “blank” keys are controlled and distribuited only to Authorized centres that have signed the related sales contract. Therefore the duplication is  possible with original "blanks" . To guarantee more protection, the owner’s card that comes with each set of keys must be presented. Mottura Clubs can also fully duplicate Pro and Modular keys.

Key duplication of Champions® C28PLUS, C39, C43PLUS  is carried out at authorised Mottura Club centres only, presenting the owner's card and the original key. The card is the only document certifying the legal possession of the keys and protects the owner against illegal duplication. By contract it must be exhibited when requesting duplicates and must be guarded with the utmost care. Additional duplicates of the card are not issued.

PROTECTED AND CONTROLLED KEY DUPLICATION IN THE FACTORY

Key that activates the latch bolt noly (different for each lock); possible on double-bitted locks.

Key that activates the latch bolt and the turns of all site doors (the same on all locks) or the individual doors on request. Replay is available with plastic core, KA or Vario cylinders.

Different key for each lock that activates the latch bolt and two turns. Available on double-bitted 4-turns locks only, either normal or with core.

Construction key that activates the latch bolt and two turns and that is automatically cancelled by the introdution of the master ky (different for each lock).

Screw to fasten the cylinder which is activated from the front of the lock, or "lock plate".

Particular type of cylinder fastened from the inside of the door.

Possibility to change the encoding of the key as many times as wished. Available on locks with Replay core only.

PLASTIC CONSTRUCTION CORE WITH 2 OR 4 TURNS

Interchangeable core with key that activates the latch bolt and turns (the same for each lock).

Interchangeable iron core, with key that activates the latch bolt and turns from the outside only (different on each lock).

"Motor" for armoured door locks, which can be easily replaced from the inside, with a new set of keys, without the intervention of a technician and without changing the entire lock.

Possibility to change the encoding of the key as many times (in the event of loss or theft of the keys) as possible on the cylinder.

Shape/pattern that identifies the European standard of the cylinders.